Is the Only Option University?

University degrees traditionally have been promoted as being the best route to take to get a good professional job with a great salary. However, with nearly half of all young people going on to pursue higher education now, graduates are having to compete in a market that is increasingly crowded. 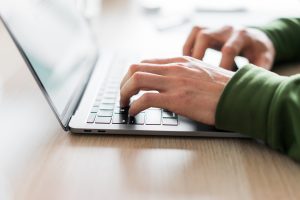 A recent survey showed that one in ten employers now consider degrees to be ‘pointless.’ Over 40 per cent stated they value relevant experience and vocational qualifications over a degree.

So with increasing tuition fees, is going to university still worth it?

Lucy Tobin, who wrote the book A Guide To Uni Life, say that young people are increasingly questioning if university education still is valuable. She says that attitudes towards degrees have changed dramatically over the last couple of decades, going from being a luxury to now being a necessity. However, that could reverse again, if degrees continue to become more expensive.

A young woman named Sarah Rotundo-Fergusson, who went to Lady Eleanor Holles School located in Middlesex, ended up turning down an offer for a position at Cambridge University for combining work and part-time study via the Open University. She thinks that not taking the traditional route actually has helped her move ahead of her peers. Her friends who attended university are still trying to get their careers established, while at 24 years old she is a manager at a Berkshire day nursery with a good salary and company car. She owns her own house as well.

She says that some people thought she was made going to work at a nursery with a salary of £11,000 per year. However, that meant she qualified to get financial assistance from Open University for studying for a childhood and youth studies degree. She achieved a 2:1 without any student debt. She says she thinks that was the most significant factor in her decision.

Over the past couple of years, there has been massive growth in vocational learning, and in particular two-year foundation degree that many FE colleges and universities have on offer for courses ranging from business, mechanics to colour therapy. They focus on the necessary skills for the workplace but may be ‘topped up’ with one year of additional study to a degree level. John Hayes, who is a skills minister, is very passionate about getting the prestige restored that craftspeople formerly enjoyed. The government has pledged an additional £250m in funding in order to create an extra 75,000 adult apprenticeships for the next four years.

But how are young people who have vocational qualifications viewed by employers compared with those who have degrees? According to Tanya de Grunwald, who founded Graduate Fog, a careers advice website, believes some employers still are fairly snooty when it comes to distance learning, part-time degrees, and vocational qualifications. However, she believes that is going to change. She says that it has been assumed that the traditional university route was the best option for far too long. However, with so many young people today having degrees, many are afraid that not having one is seen as a stigma. That will be changing, and the market will be reacting so that young people have more options in the future.

Employers appear to be catching on. Deloitte, the business advisory firm, which has a very strong history in the field of graduate recruitment, announced Bright Start recently, which is an A-level entry training scheme. And IBM, the global technology company launched an apprenticeship scheme recently. Recruitment manager Jenny Taylor said that by taking apprentices on that IBM will be able to reach a broader set of very talented young people.

In today’s economic climate, where competing for graduate jobs is so tough already, experience is just as important as having the right qualifications. According to alumni relations manager Jen Grafton from the Girls’ Day School Trust, that age-old idea of a gap year spent backpacking around Australia or hiking in the Andes may become extinct sooner. She says that more young people will be using their gap years to obtain work experience and internships, to give them something extra when they graduate to offer to employees.

The Best Things To Do For Migraine Treatment